The Will of God for Our Own Good 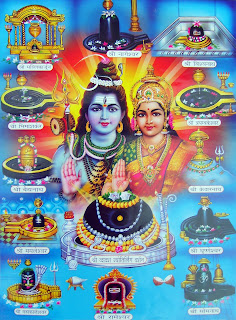 The Will of God for Our Own Good

Once God commanded his messenger (an angel), "Proceed to Coimbatore immediately. The life of a middle-aged woman is coming to an end. Bring that soul (jiva) here." The messenger as bid by the Lord left for Coimbatore. On reaching the place, the angel was stunned at the sight that awaited!

There, in an old dilapidated small cottage the angel saw a poor young woman lying unconscious in a pool of blood. She had given birth to three baby girls only an hour earlier. One child was feeding from its mother while the other two were lying on either side of their mother.

The scene touched the heart of the angel. Tears welled up in the angel's eyes and it was angry at God for having asked it to take away the life of the young woman. It thought, "Oh! How could God be so cruel? Unaware of the situation in its entirety, He goes about giving commands. If I obey His command now, what will happen to these baby girls? If the woman's life is spared for another 10 years, these girls will grow up and might be able to support their lives by some means. How could God do this without thinking of these? Oh! I can't take away the life of this woman so mercilessly! I am not concerned about the anger of God that I might incur by disobeying His commands. I am not going to do this." Deciding thus, the angel went empty handed to God.

It begged God to spare the life of the lady and add 10 more years to her life. The Lord smiled at the angel and said, "It is I who have appointed you as the angel. Your job is to take away the life of the human beings once their lifetime ends. And that's it! I have blessed you with the required skills on my own accord. From your words I gather that you believe yourself to be endowed with more intelligence and compassion than Me, the Supreme Being. You dare to teach me how to manage the world that I have created by my will! You have to suffer the punishment for disobeying my orders. I punish you to lead a life of an ordinary human being in the same city of Coimbatore. You will remain there until you laugh at yourself twice for your foolish behavior!"

And Lo! The next moment the angel took a human form and was standing in the Coimbatore Gandhipuram without appropriate clothes to cover its body. It was the month of January and was cold outside. The angel stood there shivering with cold. A cobbler who was passing by took pity on the angel, bought clothes and gave them to the shivering angel. The angel thanked him and said, "I do not have any place to stay either. I will be very grateful if you give me shelter." The cobbler said, Don't worry! Now that we are friends, you can stay with me at my place.

But I warn you, my wife is very short tempered and one cannot prejudge her action when she gets angry. She will not stop from even throwing vessels. If that is ok, you can come". The angel nodded and followed the cobbler home.

When the wife of cobbler got to know that he had bought clothes for the angel with the money meant for buying clothes for the kids her anger knew no bounds! She started cursing the cobbler and started throwing vessels at them. The angel was also badly hurt. The angel laughed at its foolishness for the first time, for ignoring the warning of its friend!

From that day, the angel helped the cobbler in making sandals. The angel designed various shoes imitating the ones it had seen in heaven. The shop soon became very famous for its fabulous and rare shoe designs. Thus, 12 years rolled by.

One day the angel was standing in front of a cloth store. At that time it saw a rich old lady getting down from an expensive car. Three beautiful young women followed her. The angel noticed that the three of them had a trident shaped mole in their right cheek. The angel immediately recognized them to be the children of the lady, whose life God had ordered to take away 12 years ago.

The angel went to the old lady and enquired if these girls were really her children. The old lady replied "Not really! About 12 years back, I was going in my car near Gandhipuram. I suddenly happened to hear the cry of kids. I went to the hut from where the cry of the children was heard and found these three baby girls lying with their dead mother. I had lost my husband and had no children. I adopted these three kids legally. I have educated them well and they are the sole heirs to my entire property."

The angel was dumb-founded. It thought, "Oh! How very foolish of me to have analyzed the orders of the all-knowing God with my small little brain! If that Lady had not died then, would these kids be leading such a happy and rich life now?" And for the second time it laughed at itself for its foolishness!

With the iota of brain and intelligence that God has blessed us with, we dare to question the very actions of omniscient Lord!

Only God should bless us with the realization that all that happens is by the will of God and it is indeed for our own good!