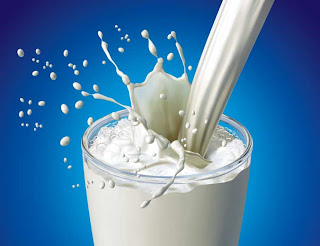 Scientists have revealed that a glass of milk contains a cocktail of up to 20 painkillers, antibiotics and growth hormones.

Using a highly sensitive test, they found a host of chemicals used to treat illnesses in animals and people in samples of cow, goat and human breast milk, reports the Daily Mail .

The doses of drugs were far too small to have an effect on anyone drinking them, but the results highlight how man-made chemicals are now found throughout the food chain.

The Spanish-Moroccan team analysed 20 samples of cow's milk bought in Spain and Morocco, along with samples of goat and breast milk.

It also contained the hormone 17-beta-estradiol, a form of the sex hormone oestrogen.

The tests also found niflumic acid in goat's milk, while breast milk contained traces of painkillers ibuprofen and naproxen, along with the antibiotic triclosan and some hormones.

The researchers, led by Dr Evaristo Ballesteros from the University of Jaen in Spain, say their new 30-minute test is the most sensitive of its kind and could be used to check the safety of other types of food.

The study is detailed in the Journal of Agricultural and Food Chemistry.