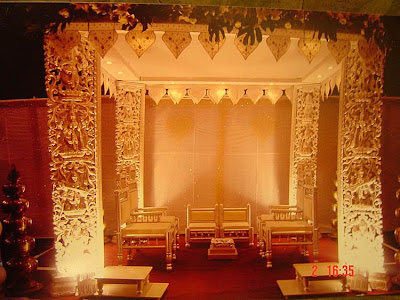 Many of us are afraid to choose Horoscopes with following birth stars because it is said and believed that:

These are NOT applicable to BOYS but many of us do not believe this.

We reject both Girls and Boys Horoscopes with the above 4 stars.
NO STAR IS A BAD STAR.

they are not responsible for any untoward incident in a family after a marriage.

Here is an explanation about the Star Moolam. We always say,
AANN Moolam Arasalum- PENN moolam Nirmoolum
meaning Boys with Moolam stars will lead a life like a King and Girls with Moolam Stars will destroy everything in married life.

This is not at all correct, because the original saying was like this:
AANI MOOLAM ARASALUM - PINN MOOLAM NIRMOOLUM
(Not AANN or PENN)
which means those born in the Tamil month of AANI with Moolam Star will lead a very successful life and others born in the last padhams of Moolam will destroy all evil forces and win over their enemies.
Is it not clear from this that how the original has changed as AANN and PENN from AANI and PINN ?

Problems may come from the Horoscopes of a male or Female when there is some bad or severe Dosham. Hence do not straight-away reject any horoscope with the Moolam-Ayilyum-Kettai or Visakam.
Check the horoscope further for any Bad aspect and ensure that it is a Good Horoscope (Suddha Jathakam). In spite of this if something happens it is Fate.

There are many persons with Moolam-Ayilyum-Kettai and Visakam, married and living happily without causing any problem in the Family.
Your son or Daughter with the above Stars can also be one among them.

May God Bless You