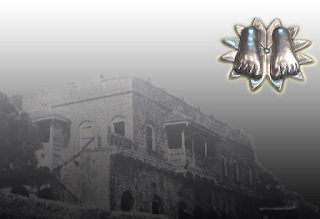 The two incidents, in my life, which I narrate below are not only unforgettable & unbelievable, but are also absolutely true !

The first incident: Relates to my health or rather want of it. In the year 1975,1 was affected with Diarrhea and dehydration and was, conse­quently, bed-ridden for a long time. That prolonged illness and agony caused a lot of incon

​​
­venience and severe weakness. Everything was upset and disturbed. The whole family life was thrown out of gear, as it was. Although, I was treated, by a number of eminent doctors, they were of no avail, as none of the doctors could diagnose, the actual ailment. My suffering continued, unabated, for more than forty days. I am accustomed to pray Baba, every day and night, from the year 1956, regularly. One day, I had feeling as to how could Baba test me, for so many days. I grew rather desperate and on that particular night, before going to bed, I prayed Baba very earnestly and in all humility, as follows :—

"Baba, if you are convinced and satisfied that I am your staunch and sincere devotee, don't trouble me and test me any further. I had enough of suffering. Kindly forgive all my sins, if at all, I have committed and help me and cure my disease". Unbelievable, though it may seem to be, a Sadhu appeared in my dream, that night and offered Thirth to me. On the very next morning, I was astonished to see that I was able to walk, on my own, which I could not do, for more than forty days and within another three or four days, I started attending to my normal duties, including my office work.

The second incident: Relates to my life or rather escape from death. It was, after Sej Harathi at our Nallagutta temple, on a certain Thursday! was returning to my home, at Prend-herghast Road, where I was living then, on my Bajaj Scooter (150 cc old model). Suddenly an old man, who appeared to be drunk, blocked my way and therefore, I was forced to take a turn and went home, in a different route, which was straight. At the end of the journey, after taking a turn I entered my compound. Suddenly the scooter got automatically locked up and I fell down. Fortunately, I escaped, with minor injuries. Had that old person not prevented me, in the beginning itself, I would have gone along the first route and my scooter would have got automatically locked up, in one of the many turns, when I would have been going at a considerable speed. Just, imagine what would have been my fate !

In both, the above incidents, I am fully convinced that it is HE, who saved me and my life. Whatever I am now and my family is today, it is only because of the mercy and grace of my god Baba. That is the reason, why I see all the "MUKKOTIDEVATHALU" in and through Baba & Baba alone !