Your smartphone is destroying your thinking and memory 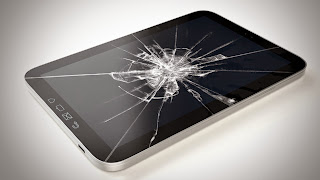 Your Android and iOS phones are killing cognitive thinking and declarative memory, say experts Dr Hozefa A Bhinderwala, psychiatrist at Saifee and Prince Aly Khan Hospital, received a call from his brother last week. "He said, 'You are the doctor, but I performed a surgery today'." The specialist's brother was referring to having managed to get his nine-year-old son to let go off his smartphone, which he was worried had grown into "an extended limb". "As soon as my brother would get back home, his son would grab the phone and stay glued to it right until bedtime, playing games and fiddling with apps," says the psychiatrist. This is not a lone case. Dr Sangeeta Ravat, Head of the Department of Neurology at Seth G S Medical College and KEM Hospital, says the co-relation between mild Attention Deficit Hyperactivity Disorder (significant difficulties of inattention and impulsiveness or a combination of the two) among young adults and the excessive use of gadgets has been the subject of debate at recent medical conferences. And if the Indian smartphone user study is accurate, we have reason to worry. The survey conducted by AC Nielsen across 46 cities in September and October 2012 revealed that the number of smartphones had touched 40 million, and almost half of the users were under 25. The dramatic growth was driven by a desire 'to stay connected and have instant access to social networking sites', it said. Although the gadgets are designed to make life easier, and the user, work-smart, experts warn that their unrelenting pings and blitzkrieg of updates can throw the brain into overdrive, affecting its cells and blunting the mind over time. Here's all that's at stake: Declarative memory reduced
Culprit: Reminder features Declarative memory refers to data that can be consciously recalled, such as important phone numbers, date and time of important meetings, and critical dates like your birthdays that we store in our brain. "While earlier, we'd easily remember at least 10 important phone numbers by rote, today we can't recall any other than our own. Our mind is not challenged. Everything is fed in the phonebook, and under categories — family, work, miscellaneous. Sometimes, there are so many, we can't recall the face to the name and number," says Dr Ravat. Underdeveloped human intelligence
Culprit: Absence of external stimuli Shraddha Shah, clinical psychologist with the Department of Neurology at KEM, is most concerned about the smartphone's impact on children. She discusses Piaget's Theory of Cognitive Development — a comprehensive theory about the nature and development of human intelligence, which deals with the nature of knowledge itself and how humans gradually acquire, construct and use it. Shah explains, "This mental process of awareness, perception, reasoning and judgement can only be built if the child experiences something physical, like playing with clay, blocks or a bat and ball. It isn't possible if s/he is staring into a screen and conquering angry birds." Physical activities, she adds, help build a child's motor skills (a learned sequence of movements that combine to produce a smooth, efficient action in order to master a task) that can range from cutting a paper with a scissor to running and jumping. Phones can't play a role here. Human mind not meant to multi-task
Culprit: Multi-tasking features Dr Ravat is critical of the Internet which none of us can do without. Our increasing dependency on search engines like Google is making us poor thinkers, she argues. "Our minds are getting lazy because gadgets ensure we don't use them enough," she says. In another interesting argument by neuro experts, the very advantage of smartphones becomes a cause for worry. Smartphones encourage you to carry out multiple tasks at once. Clifford Nass, professor of communication at Stanford University, reckons, "It is not physiologically healthy for you because (humans) are not built to do a multitude of tasks at one time. Your phone makes you feel like you have to respond, which then increases your stress and harms your cognitive thinking." Dr Bhinderwala agrees. Multitasking, he says, lessens our ability to focus on what is relevant, and rewires the brain to make us shallow thinkers. Varied communication features (SMS, video, Whatsapp, BBM, Facebook, Twitter) available on our finger tips, makes us less responsive to the immediate environment. Dr Sandy Chapman, chief director for the Center for Brain Health in Dallas, who has studied the effects of technology on the brain, was quoted in nbcdwf. com, saying: "It's really keeping us at this distracted level, so everything that we're thinking about tends to be quicker, less synthesised, and that's what's making us dumber."