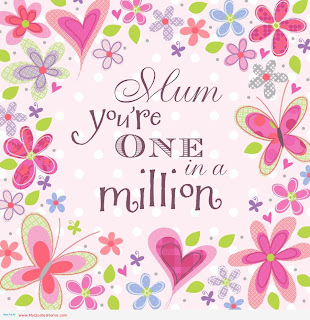 It had been three months since Ms Priya had joined a primary school to teach Mathematics. She was gradually being able to understand all her students, excepting one, Kumaran. Kumaran was the only boy who came to school dressed untidily and sat in the class completely lost in his own world. His performance had been deteriorating steadily with every single day.
It was yet another day when all the students in the class laughed out at Kumaran when he was unable to answer even the simplest question Ms Priya had asked him. At the end of the lesson when all the students dispersed, Ms Priya searched through the progress reports of Kumaran in his previous standards. She was shocked to see that Kumaran used to be the topper in his class. She flipped through every page of the report and found out that Kumaran's performance began to slowly decline when his mother fell ill. Few months down the line, Kumaran was doing badly in each and every subject. It was the time when his mother had died leaving him alone with his father, who was a businessman and had to travel always.
Apart from his performance worsening steadily, Kumaran's nature too began to change. The reports clearly said he had forgotten to laugh and showed no interest in any activity. He had turned into a loner. All his friends had abandoned him. Tears filled the eyes of Ms Priya.
The next day, while all the students were dispersing, she asked Kumaran to stay back. Kumaran sat on his chair quietly. After the classroom became empty, Ms Priya went up to him. She began to ask him if he had any problem understanding his lessons. Gradually she began to give him a comfort zone so that he could talk and share. After three weeks, she found Kumaran gradually improving. He was being able to answer the questions he previously failed. Every day after all the students went away Ms Priya gave personal attention to Kumaran and began to spend time with him.
Kumaran had improved a lot over the next semester. He began to reach school on time, properly dressed and promptly responding in class. His classmates gradually became friendly to him once again and he showed definite signs of progress in his performance.
On a Friday, when all the students left after the class, Kumaran came up to Ms Priya and handed her a box. He requested her to unwrap the box on Sunday and left.
Sunday morning, curious, she opened it and saw a bottle of perfume, half filled. Kumaran had written a small letter to her, saying that this bottle of perfume used to be his mother's and he wished Ms Priya to wear it so that every time she was around, he could feel his Mom near him. He thanked her for everything.
She suddenly checked with the calendar; it was the second Sunday of the month of May.
After reading the letter, Ms Priya took the bottle of perfume in her hand and saw the tag attached to it; it said "Happy Mother's Day"!

Ms Priya realized that it was not she who had made a difference to Kumaran's life but it was Kumaran who made her realize the true essence of humanity!