DO NOT TAKE ANYTHING AT ITS FACE VALUE 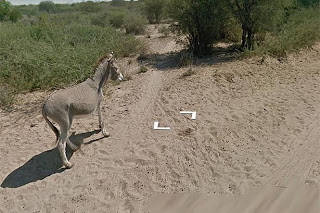 DO NOT TAKE IT AT ITS FACE VALUE

On a sunny day a man with his donkey carrying two sacks of wheat was on his way to the market. After traveling at a stretch, the man was tired and decided to rest under a tree. When he woke up from his nap he could not find the donkey and started searching for it everywhere.

While searching he met a boy. Out of sheer curiosity he asked the boy, "Have you seen my donkey?"

The boy in turn asked, "Is the donkey's left eye blind, his right foot lame and is he carrying a load of wheat?"

The man smiled since the boy's description exactly matched the description of his donkey. The man replied, "Yes, exactly! Where have you seen it?"

The boy answered, "I haven't seen it."

This made the man very angry because he quickly realized that the boy was lying. Hence he took the boy to the village chief for punishment.

After listening to the man, the village chief asked, "Dear boy, if you had not seen the donkey how you could describe it?"

The boy answered, "I saw the tracks of a donkey. Since the right and left tracks were different, I concluded that the donkey which has passed from there was limping. Also I noticed that the grass on the right side of the road was eaten but the grass on the left was not. Hence, I understood that its left eye was blind. There were wheat seeds scattered on the ground seeing which I understood that the donkey must have been carrying a load of wheat."

The chief, after listening to the clever boy's logic, was surprised! He decided to award him. He also ruled that the boy was innocent and that the man should be ashamed for bringing the boy to him for punishment without knowing the whole story.

We should not take someone or something at face value.