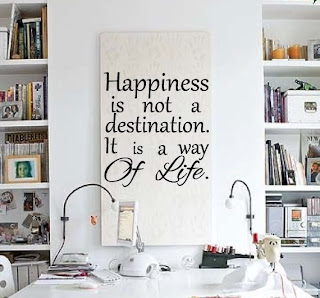 There was a young couple who led a happy life together. The only thing that they were worried about was, whether their happiness would last forever or they too would have to face problems.

One day, they heard that a wise old man had come to town who could solve all kinds of problems and guide people. So the couple decided to visit the wise old man and tell him their source of worry.

Upon visiting, the wise man told them, "Travel around the world and seek a man and a woman who are perfectly happy as a couple. When you find such a couple, ask them for a piece of cloth from the man's shirt and then keep that piece of cloth with you, and you shall always remain happy."

The governor and his wife replied, "Yes, we are happy in every way except for one thing – we do not have any children."

They went to their house and asked them, "Are you the happiest couple?"

The couple replied, "Yes, we are really happy in every way except that we have too many children which make our life a bit uncomfortable."

No, this couple did not sound to be the happiest. And, so they continued their journey. They visited many countries, cities, towns and villages asking the same question but they did not find what they were looking for.

The shepherd and his wife replied, "Nobody is unhappier than the king." The young couple immediately realized that they were the happiest couple and asked them for a piece of the shepherd's shirt, so that their happiness too would last throughout. The shepherd said, "If I give you a piece of cloth from my shirt then I will be left without any clothes since I own just one shirt."

The young couple at once understood that it is very difficult to find perfect happiness anywhere in the world. The couple decided to return to their own country.

They went to the wise old man and related all that had taken place. They also complained that his guidance was difficult to abide by. The wise old man laughed and said, "Was your journey useless or did you learn something from it?" The young man replied, "Yes, after this trip I have learnt that in this world, nobody is perfectly happy, only that person is happy who does everything to please God."

The wife said, "I have learnt that in order to be happy it is important to remember two things: Firstly, all human beings should be thankful and contented with whatever they have. And secondly, for ultimate happiness one must always practice patience."

After that, the young couple thanked the wise old man for his guidance and returned home. The wise man prayed for them and said, "Indeed the sign of happiness is in their heart and they have good manners and if the lifetime is spent in pleasure of God there would be no differences in the existence of mankind."