THIS LAND IS LUCKY 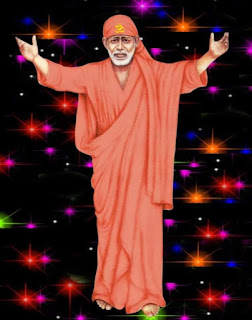 THIS LAND IS LUCKY

"Blessed is Shirdi, that it got this precious Jewel. This man is carrying water today; but He is not an ordinary fellow. As this land (Shirdi) was lucky and meritorious, it secured this Jewel." – Sri Sai Satcharitra, Ch.V.

A Writer decided to write a book about famous churches around the World.

So he bought a plane ticket and took a trip to China.

On his first day he was inside a church taking photographs when he Noticed a golden telephone mounted on the wall with a sign that read " $10,000 per call".

The Writer, being intrigued, asked a priest who was strolling by what The telephone was used for.

The priest replied that it was a direct line to heaven and that for $10,000 you could talk to God.

The Writer thanked the priest and went along his way.

Next stop was in Japan. There, at a very large cathedral, he saw the Same golden telephone with the same sign under it.

He wondered if this was the same kind of telephone he saw in China and He asked a nearby nun what its purpose was.

She told him that it was a direct line to heaven and that for $10,000 He Could talk to God.

He then traveled to Pakistan , Srilanka , Russia , Germany and France .

In every church he saw the same golden telephone with the same "$10,000 Per call" sign under it.

The Writer, upon leaving Vermont decided to travel to up to India to see if Indians had the same phone.

He arrived in India , and again, in the first church he entered, there was the same golden telephone, but this time the sign under it read " One Rupee per call."

The Writer was surprised so he asked the priest about the sign. "Father, I've traveled all over World and I've seen this same golden Telephone in many churches. I'm told that it is a direct line to Heaven, but in the US the price was $10,000 per call.

Why is it so cheap here?"

The priest smiled and answered, "You're in India now, son - it's a Local Call".

This is the only heaven on the Earth.