WHY DO GOOD PEOPLE SUFFER? - 2 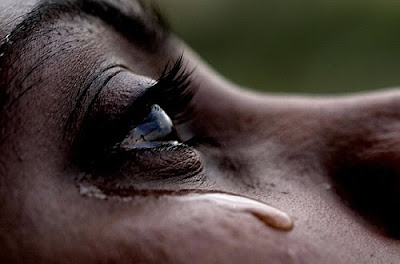 WHY DO GOOD PEOPLE SUFFER? - 2

Some people believe that there are certain obligations they owe to God, and if they fail to fulfill them, they or their dear ones are punished. One such woman met me when I visited Ottawa, Canada. She told me that she recited the second, twelfth and eighteenth chapters of the Bhagavad Gita every day, before taking her lunch. She observed, also, the Satyanarayan fast, every month. But during a whole month, she missed out on the recitation and the fast. The day after Satyanarayan her husband, who was perfectly healthy and normal, suffered a stroke, and has remained paralysed since then. The woman put me the question that was uppermost in her mind: “Has this anything to do with my failure to read from the scriptures and observe the fast? Is there any cause and effect relationship between the two?”

I think of a young man. He was the only son of his parents, who are good and kind, and obliging by nature. With his pleasant manners, the young man easily won over the hearts of many who knew him. One night, the car in which he was returning home, collided against a truck, killing him and three of his other friends. When the news was conveyed to his parents, they cried: “Why did the Merciful Lord allow this happen to us? Why was our only son snatched away from us?”

A learned Rabbi has written a book titled, When Bad Things Happen to Good People. In this book the Rabbi narrates how his three year old son was afflicted with an incurable disease called Progeria. The effect of this disease, he was told, would be that the boy would not grow taller than three feet, would remain bald, and would age rapidly. Even as a child, he would have the appearance of an old man! Naturally, the father was grief-stricken. “Why has God permitted an innocent child to become the victim of such a disease? He asked. “He has hurt or harmed no one. Why has he been exposed to physical and psychological torture?” The author considers several similar cases and concludes that God is not omnipotent, as we believe Him to be. God has limited power. Within those limitations God can exercise His discretion. But there are forces over which He has no control. If those forces operate, God has no way of helping you out.