HOW TO OVERCOME FEAR - 1 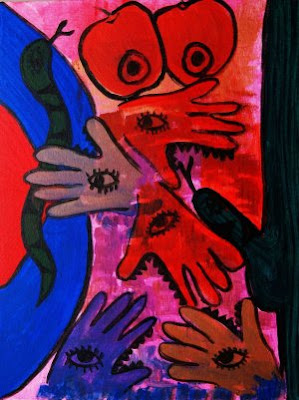 HOW TO OVERCOME FEAR - 1

I am thinking, today, of two men. One of them is Toyohiko Kagawa, whose entire life bore testimony to the truth that Christ’s “Sermon on the Mount” is not a mere vision of a Prophet but a profound reality in practical life. Kagawa’s life is, verily, an “imitation of Christ”. For Christ he lived: on Christ he meditated: to Christ he dedicated every act of his altruistic life: in Christ he moved and had his being.

This great, little man was called the “Gandhi of Japan” I love to think of him as a Saint Francis of our century. Kagawa’s child-like faith and simplicity, his love of poverty, his compassion for the forsaken and forlorn, his joy in the midst of suffering, and his courage in facing the difficulties and dangers of life remind me, again and again, of the Little Poor Man of Assisi.

In a highly materialistic age, Kagawa dared to be a disciple of Christ, -loving, faithful, true! He clung to the great ideals of poverty and peace, simplicity and self-abandon. To be poor, he said, to be truly free. When he renounced his all and moved out of his home to live with the poor, many of his friends called him a fool. Some even thought he had gone off his head. But he smiled and said: “For the love of my master, I am become a fool. But of this, I do not boast, for I have no other choice.”

The other man I think of is a friend who recently had a heart-attack. He is an ordinary person, subject to the worries and cares of the world. Some days ago, he was being taken to a Nursing Home for treatment. On the way he halted at one place, to receive blessings at Beloved Dadaji’s Shrine. Anxiety was writ on his face: he was filled with forebodings of a dark future. “I fear going to the Hospital,” he said, “I am afraid I shall not come out of it alive!”

Fear – is the one mark which characterises us, children of a sceptical age. We are afraid of the future, afraid of poverty, afraid of unemployment, afraid of dishonour and disgrace, afraid of disease and death, - afraid even of life! We live in constant fear of losing what little we have. I know of a woman who has a small metal box with a little gold in it. She stayed as our guest for some weeks. She spent sleepless nights often getting up to see if her gold was intact. She was afraid lest someone pilfered her gold under cover of the night! We live in fear: we work in fear: we walk in fear: we talk in fear. We move through life from one fear to another, crushed beneath the weight of a woeful existence.