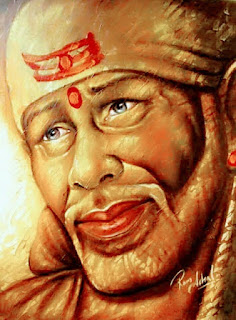 Baba cured the lameness of a widowed school teacher's son.....

In 1956, the son of a widowed school teacher appeared for the SSC examination. When he returned home after the last paper, he was suffering from high fever.

Proper medication cured him of his fever; but he was left with lameness in his legs. The boy had to be lifted and carried to be taken anywhere. After all possible remedies proved futile, hearing of Sri Sai Baba's powers, the school teacher took her son to Shirdi.

On account of his lameness, the boy felt so shy, that rather than going to Baba's Samadhi on the shoulders of a coolie, he preferred staying at the Shirdi wada. The mother alone went to pray for her son's cure at Baba's Samadhi for two days. They were to leave Shirdi on the third day and so she went to the Samadhi to attend the aarati and offered her last obeisance before leaving.

Meanwhile, Baba appeared before the boy and said, "Have courage !" He then lent him His hand, led him to the temple and kept him standing against the temple pillar.

When, upon returning from the aarati, the mother did not find the son in the room, she approached the Samadhi Mandir once again with tears in her eyes and piteously prayed for the recovery of the boy. While returning from the temple her eyes fell on the boy standing against a pillar. She asked the boy, how he had managed to come there. The boy narrated, how Baba had helped him to come; but the mother could not believe it. However when she saw that with her support the boy was able to walk up to their room, she was very pleased.

The boy recovered completely within a month and was able to move and walk freely by the grace of Baba.