YOU ARE NOT ALONE 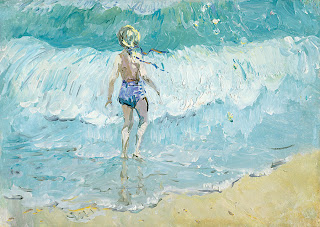 YOU ARE NOT ALONE

A 56 year old man had lived a clean and healthy life, and had scarcely ever fallen ill. He loved to tell people he had never ever had an injection!

One day, he had a problem of indigestion, and visited his doctor for treatment. After a thorough check-up, the doctor informed him that there was a possibility of a malignant growth in his abdomen, for which he would have to undergo surgery.

The man was stunned.

“How could it be?” he questioned the doctor in panic. “I only came to see you with a little indigestion, and you say I might have cancer! What will become of me?”

The doctor consoled him as best as he could, and assured him that the surgery would be successful.

That night, he had a strange dream. He stood on the bank of a vast lake. On the shore near him were a row of boats, among them a beautiful boat shaped like a rainbow. He got into the rainbow boat and started rowing it happily.

He dreamt that when he was halfway across the lake, dark threatening clouds began to appear, and the storm arose. The boat rocked as violent as waves lashed against it. He grew nervous and panicky.

Just then, in his dream, a blaze of light appeared at the opposite end of the boat. It was a beautiful form – a being of Light, as it were. It uttered the following words, “Why are you afraid? You are not alone – I am with you!”

He woke up from his dream, filled with new courage and optimism. He narrated the dream to his family members, who marveled at its significance.

A few weeks later, he was hospitalized for the surgery. As he was wheeled into the operation theatre, he was overcome by fear and panic, and the dream was quite forgotten!

When the operation had been successfully performed and he came into consciousness in his hospital room, a little girl stood in front of him with a little sketch which she had made for him. It was the sketch of a boat on stormy waters, a man rowing desperately, with words that formed a ray of light, “You are not alone, I am with you!”

Truly has it been said that dreams are the language of thought which God speak to us, sometimes!