HIM I HELP THE MOST 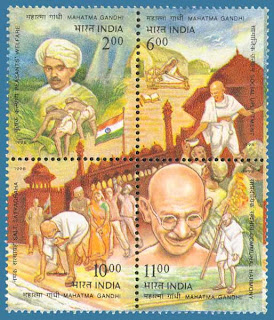 HIM I HELP THE MOST

In 1922, the British Raj sentenced Mahatma Gandhi to yet another term of imprisonment. This time, he was to be in jail for six years.

The jail superintendent knew Gandhi very well. The problem with his distinguished prisoner was that he would bring everyone in the prison under his spell! The jailer was very particular that Gandhi, ‘an enemy of the British Empire’, should not be allowed to ‘indoctrinate’ anyone this time.

Hindus, Muslims, Sikhs, Christians – everyone adored Gandhi. Whom could he choose to be his attendant in prison?

After serious consideration, the jailer chose an African convict, who spoke no Indian language. There was no danger of his being ‘corrupted’ by the ‘enemy of the British Empire’. This man was to be Gandhi’s personal attendant during his prison term.

One day, the African was stung by a scorpion. In great agony, his face streaming with tears, he came running to Gandhi. Wordlessly, he held out his hand, to show where the scorpion had stung him.

Without a moment’s hesitation, Gandhi took his hand and sucked out the poison, until he felt better. Bapuji then offered him a few home remedies to relieve his pain. He was now attending to the comforts of the convict who was supposed to be of service to him!

Never in his life, had the African seen so much love and kindness offered to him. He became Gandhi’s ardent follower.