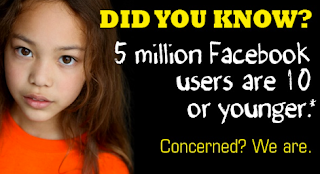 With smartphones and tablets providing easy access to the Internet, online harassment is more common than you think. TOI has the plan to protect your child from falling preyLast week, Bangalore's Vidya Niketan School asked parents to ensure that their children shut their Facebook accounts with immediate effect. The notice came after a Std VI student spoke to the principal about how she was being bullied on the social networking site. Principal Lalitha Desikan said this wasn't the first such case she had seen. "They tell us how depressed they are over some comments posted by other kids. There's abusive language in comments about physical aspects like height, weight, complexion and economic status too," she had said at the time.While we know that children can be cruel, the bullying that was once restricted to the school campus and the playground has now entered homes, thanks to the Internet. With most teenagers carrying cellphones as necessary accessory — and being connected to social networking sites, emails and various apps 24x7 — cyber bullying has become more rampant than ever.A study conducted by tech giant Microsoft on cyber bullying across 25 countries last year, found that over half of Indian children who surf the Internet face cyber bullying, get threatened or are harassed online. Psychologist Saloni Sawnani, who also treats children, explains that cyber bullying is not very different from the age old bullying that happens amongst children. "The chief difference here is that earlier usually only might was right and now write is might. Bullying can range from rude, angry, insensitive comments on posts and tweets to verbally abusing and showing others down over chat, SMSes etc."Become more aware Most educationists agree that children are less likely to speak to their parents if they face bullying from their peers. The Microsoft study also indicated that while victimised children do want to talk to their parents, only 29 per cent said their parents have talked to them about protecting themselves online. The survey said it was important for adults (parents and school staff) to discuss the issue with children and provide guidance on how to identify and respond to a range of online behaviours, from meanness to bullying and beyond.It's no good throwing your hands up in the air when it comes to tech advances. If your child is on a certain site blogging, posting updates on his/her life, make sure you not just understand how that site works, but also keep a track of their updates. Sagar Rahurkar, a certified cyber crime investigator, says parents must change with the time. "Be your child's friend on FB so that you can track his account. When you buy a smartphone discuss the latest trends with your child. This is important because children, once they know that parents are 'dumb', could even turn into a bully."You might be tempted to cut your child from Internet completely. That though might not be a safe move as being active on social media networks is part of the new culture and a child who is not, risks at being ostracised immediately. Instead, advises Sawnani, limit their access.Cyber security tips provided by the Department of Information technology, State of New Hampshire, US, says limit the amount of information your child shares online. "Bullies can use multiple methods of communication to taunt or harass; by limiting your child's exposure, you make it easier to limit a bully's access. This may also limit the chance of a random cyber-bullying incident," it adds.Importantly, speak to your child about what bullying is — harassment and comments that target their self-worth and impinge on their sense of security. "When they are aware, they are better prepared to handle it and not feel as pressured by it. It is also important that you work at boosting your child's self-esteem so that he/she doesn't get affected by other's posts or likes," advises Sawnani. The New Hampshire advisory also advises teaching your child not to respond to cyber bullies. "Bullies enjoy the response; Not responding may encourage them to move on."Teachers need to step in With children spending eight hours around their teachers, it is essential that academicians also learn how to protect their students.Fr Saturnino Almeida, managing director of Vashi's Agnel Education Complex, says, "We have sensitised our teachers to detect any signs of cyber bullying or improper online behaviour. In case of an issue, we call the parents and take them into confidence to address the issue with the concerned students."Recognise the signs Part of the danger of cyber bullying is that it can even be done anonymously. Fake accounts can be made and rumours can be started. With a safe platform, even those who wouldn't indulge in bullying in person now find it safe to make vicious attacks.Often, spending time on social networking sites leaves a person more depressed and rife with negative feelings than a sense of being connected to the world, says a recent study by Berlin's Humboldt University and Darmstadt's Technical University.Earlier this month, a 12-year-old Florida girl committed suicide, following two years of being a victim of consistent online bullying. Police are investigating as many as 15 girls to see who contributed to driving Rebecca Ann Sedwick to suicide. "You're ugly", "Why are you still alive?", "Go kill yourself" are some of the messages she received."If you notice your child spending an increasing amount of time on the computer or cell phone and with it his/her associated mood changes, it is a cause for concern," warns Sawnani. This, especially if they won't discuss what they are doing on the computer.Children tend to become more irritable and sensitive to every comment from friends and family. They may be losing sleep or over sleeping. There could be changes in their appetite. If they appear quiet and withdrawn, it's certainly a cause for concern.